The annual number of cosmetic surgery procedures has more than doubled over the last 12 years, reports the American Society of Plastic Surgeons. One factor fueling this demand is the increasing number of minimally invasive non-surgical procedures. Injections of dermal fillers and neurotoxins are wildly popular among individuals in their 30s to 50s. Laser resurfacing procedures are also very popular. However, most cosmetic surgeons will admit that these minimally invasive procedures can’t really replace a surgical facelift.

Botox and wrinkle fillers can improve the appearance of younger individuals by erasing fine lines and wrinkles. Laser resurfacing can improve the appearance of the skin. But as the aging process proceeds, the skin itself begins to sag and droop. Fat deposits under the skin on the face melt away. No injectable or resurfacing procedure can erase these inevitable effects of aging. Luckily, the facelift can. 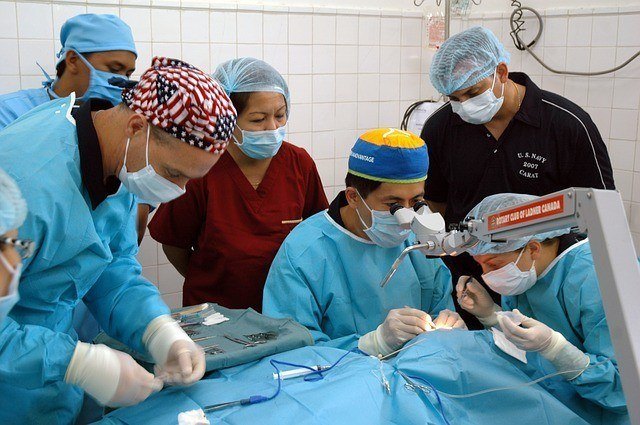 Surgical facelifts can tighten sagging skin and tissues, particularly around the jowl and neck area. While the skin is being tightened, fat implants are placed to restore a youthful contour to the face. Surgeons at Sunset Cosmetic Surgery explain that the artificial-looking facelifts of the past were caused by just tightening the skin without restoring the underlying volume. Facelifts performed today by expert surgeons using fat implants look very natural and leave no visible scarring, according to medical professionals at Sunset Cosmetic Surgery.

Currently, most individuals in their 40s and 50s can retain a youthful appearance through the use of minimally invasive procedures. However, as individuals enter their 60s and later, the aging process is best addressed by a surgical facelift rather than by minimally invasive procedures. Facelifts are considered to be major surgery, performed under general anesthesia. Many physicians believe that surgery is more risky for older individuals and may recommend that seniors not get facelifts- even though they are the age group that can most benefit from a facelift.

A new study released at the 2014 annual meeting of the American Society of Plastic Surgeons reports that cosmetic surgery is just as safe for seniors as it is for younger individuals. The study found that when a board-certified plastic surgeon performed the procedures, the complication rate was approximately the same regardless of the age of the patients- even individuals in their 80s were able to safely undergo cosmetic surgery procedures. The complication rate was around 2% in all age groups.

One reason why some physicians may discourage seniors from getting cosmetic surgery is that seniors tend to have higher rates of co-morbid conditions, such as diabetes and heart disease. These conditions may make surgery more risky. However, the study above reported that the cosmetic surgery complication rate in seniors with co-morbid conditions wasn’t any higher than for other groups. The most common complications in seniors were hematomas, infections and slow healing of wounds. The mean age of the seniors in this study was 69.1 years. The seniors in the study were more interested in facial surgery such as facelifts than younger individuals, who were more interested in body work such as liposuction.

The Value of Proper IT Certification Training

Safety measures to be taken while shopping online

4 Best Locations for a Tech Startup

Top 3 Competitive exams and their detail you should never miss